Who does not dream of delicious warm cinnamon rolls every once and a while. Topped with plenty of creamy glaze, there is no better sweet sin you can indulge.  I thought I do my boyfriend (and myself) a favor and bake some homemade cinnamon rolls as close as possible to a mouth-watering Cinnabon. The soft yeast dough is filled with a brown sugar-cinnamon filling and topped with a scrumptious homemade glaze. For anyone with a Cinnabon craving, I guarantee this recipe will help.

Start by combining the flour with the dry yeast. In a saucepan, combine the milk, sour cream, butter, sugar & salt. Cook over medium heat and stir occasionally. Carefully blend the milk mixture with the flour on low speed and add the egg. Turn off the mixer and keep kneading it by hand until the texture is smooth and slightly sticky.

On a lightly floured surface, roll the dough into a rectangle. Spread the butter evenly over the dough and sprinkle the cinnamon & brown sugar on top. Roll the dough, starting from the long side and cut the roll in about 10 rolls. Place the rolls into a skillet or round baking tin, cover them and leave the dough until it has doubled (about 45 minutes). Preheat the oven to 180 degrees and bake the rolls until golden brown (about 30 minutes). 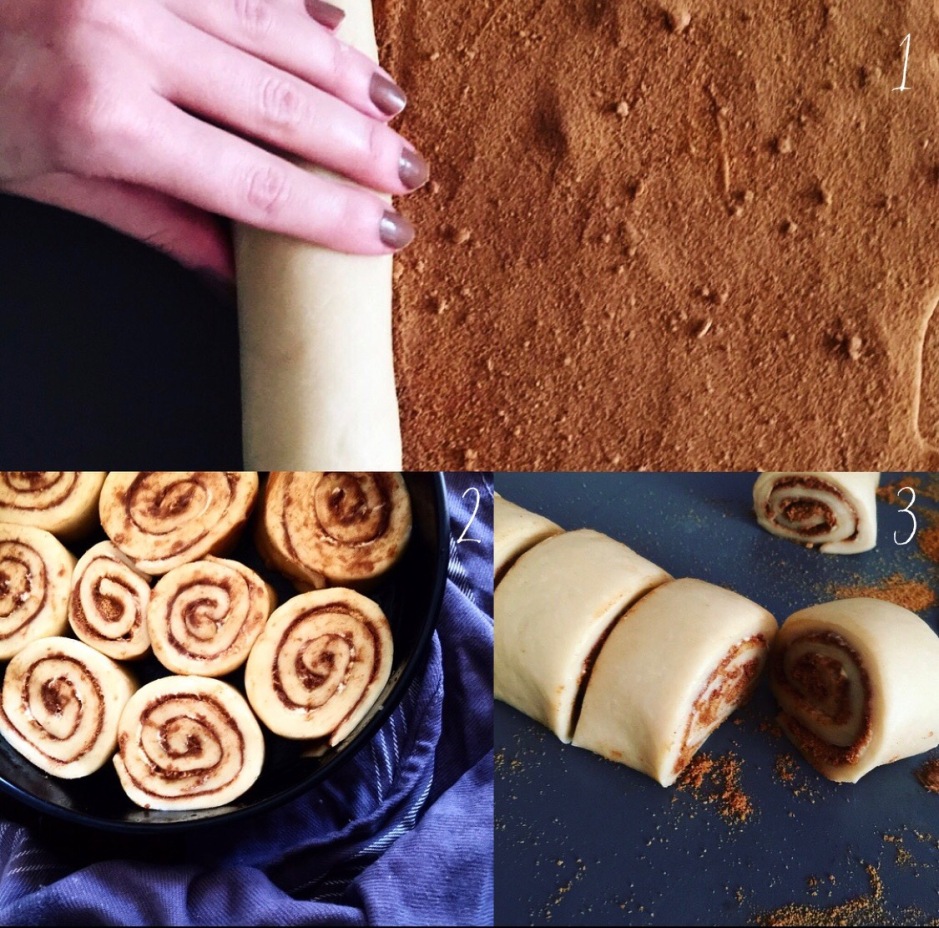 In a medium bowl, stir together the butter and cream cheese with a mixer on medium speed. Little by little, blend in the confectioner`s sugar, milk and vanilla extract. Spread the glaze over the warm cinnamon rolls.

The cinnamon rolls taste best warmed up and topped with plenty of glaze.